Invitation to the live Webinar

NOTE: Webinar is in German Language only

Aero Enterprise presents its hardware and software solutions for the optical inspection of rotor blades on wind turbines.

This includes the handling as well as the advantages of autonomous blade inspection with Aero Flight Intelligence. In addition, Aero Enterprise will present its software solutions for the digital inspection workflow.

What you can learn in this Webinar: 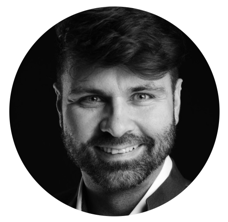 Krešimir Dulić has been in the drone business since 2013 when he started in sales at the pioneering drone manufacturer Ascending Technologies (AscTec) in Krailling near Munich. In the years that followed, as a Senior Sales Associate, he was responsible for international sales and support for the famous AscTec Falcon 8 drone.

In 2016 he moved to Intel and was promoted to Business Operations Manager and became Intels’s direct contact for their most importand international customers. From 2019 to 2020 he managed the business as CTO / COO at the first German provider of drone light shows. In the summer of 2020, he moved to the French drone manufacturer Parrot as Business Development Manager for Central & Eastern Europe, befor starting in September 2021 as a Senior Sales Specialist at DJI, the world’s most well-known and renowned drone manufacturer.

Christian Raml, born in 1988, completed his studies in “Automation and Robotics” at the Johannes Kepler University in Linz in 2015. This was followed by a position as head of development at Aero Enterprise. Initially, he and his team dealt intensiverly with drone hardware and process optimization. Since 2019, his focus has increasingly shifted to the areas of AI, data science and software develoment.

Register for the Webinar

A Company of Buss Energy Group

We use cookies on our website to give you the most relevant experience by remembering your preferences and repeat visits. By clicking “Accept”, you consent to the use of ALL the cookies.
Cookie settingsACCEPT
Manage consent

This website uses cookies to improve your experience while you navigate through the website. Out of these, the cookies that are categorized as necessary are stored on your browser as they are essential for the working of basic functionalities of the website. We also use third-party cookies that help us analyze and understand how you use this website. These cookies will be stored in your browser only with your consent. You also have the option to opt-out of these cookies. But opting out of some of these cookies may affect your browsing experience.
Necessary Always Enabled
Necessary cookies are absolutely essential for the website to function properly. These cookies ensure basic functionalities and security features of the website, anonymously.
Analytics
Analytical cookies are used to understand how visitors interact with the website. These cookies help provide information on metrics the number of visitors, bounce rate, traffic source, etc.
SAVE & ACCEPT
Powered by